Nancy Savage earned her undergraduate degree at NMSU in B.S.c in Mathematics Education, and after being a stay-at-home mother, went back to school a few years later and graduated with a Master of Business Administration with an emphasis on Business Computer Systems. Because of her mathematics background and newly acquired skills in computer programming, she got a job at White Sands Missile Range programming drones to take-off, fly and land for use as targets by the Army. After 2 years, she moved over to Civil Service and supported live missile firings by developing software to display information that was used in critical safety decisions during the tests. She joined the NMNWSE while at White Sands and became the newsletter editor and on multiple yearly conferences to encourage young women to explore STEM careers. In addition to her work at White Sands Missile Range, she was an adjunct professor for 10 years, at Dona Ana Community College in Las Cruces, teaching inmates at Southern New Mexico Correctional Facility (west of Las Cruces) and at White Sands Missile Range a variety of classes including mathematics, accounting, personal finance and personal computer software packages to include Word, Excel, PowerPoint.

Nancy was the founding force behind establishing the annual IMPACT! award for the NMNWSE in cooperation with the NM Commission on the Status of Women, which recognizes a New Mexico woman for her achievements and contributions in furthering the goals of the Network: to encourage women to enter into and develop their careers in science, engineering, and allied professions. Nancy worked at the Army Test and Evaluation Command as an Operations Research Systems Analyst until she retired and moved back to New Mexico, where 2 of her blended family children live with 4 of the 6 grandchildren. Ms. Savage is married to Ron Savage, who has just retired and has moved back to New Mexico. 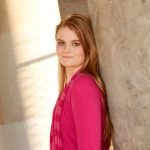 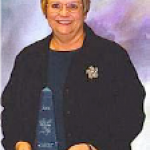