What is a physician assistant?

What makes a good physician assistant?

How do I become a physician assistant?

Association for Women in Science

For careers in health physics/radiation protection:

The American Association of Physicists in Medicine

What is a physicist?

A physicist studies how the universe works. Experimental physicists do laboratory work to discover or verify laws of nature. Theoretical physicists come up with mathematical models to describe those laws. Physicists study problems ranging from how the smallest possible particles behave to how galaxies form. We look for ways to describe how water flows through pipes, how electric circuits work, how light splits into colors, why magnets attract certain types of metals, what keeps the sun hot, what keeps molecules from falling apart, how space bends or curves, and millions of other problems.

Physics also combines with other disciplines. Applied math uses equations to predict what will happen in real-life systems. One of my favorite problems is using the “Heat Equation” to figure out the temperature of a bar of metal at any given time and at any place in the bar if I know how hot the bar is when I start. It always amazed me that equations can describe what happens in the real world. There are many other areas where physics combines other subjects such as biophysics, chemical physics, and geophysics. My own specialty is the branch of chemical physics that uses quantum mechanics to describe how atoms and molecules behave. I also recently attended a NASA conference on “Breakthrough Propulsion Physics,” which means that we looked for new ways to power space ships.

What makes a good physicist?

Physicists are curious about why the universe works the way it does. A good physicist likes to ask questions and look for answers. A willingness to study new material and learn math is important too. One reason I love theoretical physics so much is that I thoroughly enjoy doing math. A good experimental physicist knows how to work in a lab and how to “think up” good experiments and try them out. Of course, when a student is just starting out, no one expects her to already have the skills to go into a lab or do advanced math. These are all learned, starting in school. So a good physicist is willing to study, not only in school, but all through her career.

The life is exciting, frustrating, but never humdrum; in terms of hours of work and intellectual energy expended, it can at times be very demanding. A physicist is a seeker of the truth, but the truth does not always come easily. A famous physicist, Niels Bohr, has described an expert in science as one who has made all the mistakes that can be made in a very narrow field. You can be frustrated by seeing an experiment fail and by realizing that one of your pet ideas is faulty. But the pleasure in making a discovery that represents a real advancement in understanding, and the satisfaction in doing a very tricky experiment successfully, make it all worthwhile.

A typical day in the life of a physicist might involve teaching students; conducting research in a lab; investigating new ideas with a scratch pad or a computer; traveling to a professional meeting to give a short talk describing her research; visiting colleagues in other laboratories or universities; preparing a paper for a scientific journal; reviewing scientific literature; or supervising co-workers or lab technicians.

How do I become a physicist?

To become a physicist, you should take as much math and science as possible. Math is particularly important. Get to know your teachers. At the high school stage and lower grade levels, become involved in science fairs. In college, ask a professor whose work interests you if you can do a research project with him or her. Join physics or science clubs and read magazines such as Scientific American.

However, there is no one path to becoming a physicist. I was a ballet dancer when I entered college. I knew I liked science and math, but didn’t realize how much until I started taking classes outside my major. I ended up earning a B.S. in chemistry, with my undergraduate thesis in chemical physics. In graduate school I earned a master’s degree in physics and a doctorate in chemical physics, specializing in atomic and molecular theory. So I came to the discipline along what is considered an unusual path. The way I did it was by studying hard, working on research projects for professors, and obtaining undergraduate fellowships to do summer work in the field. It meant long hours of study to catch up on the gaps in my background, but I thoroughly enjoyed it.

There are many possible jobs for physicists. Many become professors at universities or colleges or teach in high school, middle school, or elementary school. Others go to work for industry, in companies ranging from small start-up business all the way up through the major technology companies. Some physicists’ knowledge of computers leads them into the computer industry. Some theoretical physicists use their math expertise for jobs in the world of finance. Some physicists go to work for places such as NASA, government research labs, or defense-related labs. Others become writers for more general audiences, publishing articles or books on popular science, and some even write science fiction. There’s a wide range of potential job opportunities.

Physicists have many sides to their personalities as do people in other professions. I have always danced—ballet and jazz—and I have used scientific papers I have written as the basis for some of the science in my three published science fiction novels. 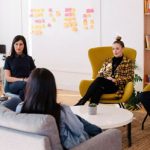 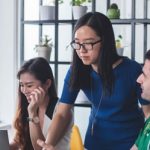