What is a lawyer?

What makes a good lawyer?

How do I become a lawyer? 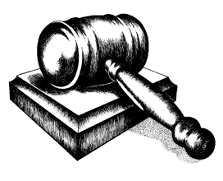 What is a lawyer?

A lawyer helps others resolve legal disputes; that is, a lawyer has been trained to listen to a set of facts, to analyze those facts in order to identify the legal questions involved, and if asked, then to represent a client’s interest. The resolution of a legal dispute can take place in a courtroom, or lawyers can negotiate and settle differences out of court. Also, a lawyer sometimes acts as a counselor and advisor in planning future conduct to avoid legal disputes.

Lawyers vary in the kinds of legal questions they handle. Some specialize in criminal law, representing clients accused of crime. Other lawyers specialize in tax law, giving advice about the wide variety of taxes collected by state and federal government. Intellectual property attorneys represent clients who wish to obtain or protect rights in patents, trademarks, copyrights, or trade secrets. Still others specialize in property law, advising clients on buying or selling a house, or in estate law, making wills and trusts, for example.

What makes a good lawyer?

Finally, a lawyer must be able to communicate easily and well in writing and in professional dialogue; she must be a good reader and a good listener. Not every lawyer, however, has to be a brilliant speaker. Effective speaking can be learned, and for most lawyers, written advocacy and face-to-face negotiation play a larger role than does argument in court.The same habits of mind and temperament that make a good professional also make a good lawyer. A lawyer, like a physicist, needs common sense, a good imagination, and a curiosity about the way people and things work. In law, however, some qualities of mind and temperament are uniquely important. First, you need to be careful. Much of law is tedious, detail can be significant, and all lawyer’s jobs require preparation. You must be sufficiently conscientious to handle a lot of paperwork. Second, you need to be flexible. Often a problem cannot be resolved in the manner the lawyer first tries or even thinks is best. Lawyers need not only the imagination to conceive alternative resolutions but also the temperament to change approaches. Third, you need a tolerance for ambiguity. Sometimes there are no answers, and you must develop a solution or choose a course of action for a client that seems safe even though the legal ramifications are not entirely clear. Many people find this ambiguity exhilarating; some find it terribly frustrating.

Unlike the criminal defense lawyer Perry Mason, the average lawyer rarely goes to court but rather spends time doing research in a law library, talking to clients, and writing letters, legal arguments, or papers to be filed in court or an administrative agency. Much time is spent talking to other lawyers, either negotiating with an opponent or consulting with colleagues. Lawyers also participate in bar association activities or in community affairs, such as speaking to lay groups interested in legal issues. Many run for elective office or serve as judges.

How do I become a lawyer?

Admission to law school usually requires a bachelor’s degree, and the applicant almost always takes an aptitude test, the Law School Admission Test (LSAT), which does not require knowledge of the law.

The most worthwhile high school courses are those that develop skills in careful reading and exact writing. The development of skills and habits conducive to legal reasoning is more important than the subject matter. Take courses that develop a broad cultural background; the ability to organize materials and communicate results; habits of thoroughness, intellectual curiosity, and scholarship; and verbal skills. Courses in literature, language, speech, composition, and logic cultivate such skills. Questionnaires several years ago asked leaders of the Bench and Bar which prelaw college subjects they considered most valuable. The following subjects were listed, in order of preference: English language and literature, government, economics, American history, mathematics, English history, Latin, logic and the scientific method, and philosophy. Accounting (not bookkeeping) and public speaking were also recommended.

A law degree represents a very flexible career choice. Most attorneys are in private practice; many, including judges, are in government service; some are employed by private business; and the rest are in fields such as stock brokerage, banking, teaching, and politics. Several famous television journalists have law degrees.

Lawyers are distinguishable in terms of whether they represent individuals or institutions. Some work for the state, federal, or city government. Others work for corporations, such as General Motors or Exxon, as “in-house” counsel on a permanent basis. Lawyers who represent numerous clients are said to be “in private practice.” They may work in a large firm of 100 lawyers or more, in cities such as New York, Dallas, or Chicago; as sole practitioners; or in a small or medium-sized firm. Albuquerque’s largest private law firm employs about 50 lawyers.

There is no standard wisdom on where new openings are likely to occur. Certainly some of the largest cities seem to be, or to be rapidly becoming, “over-lawyered.” New or migrating lawyers in growing areas like the Southwest, however, seem to find jobs with little difficulty. Income varies greatly with location, experience, area of specialization, and education. 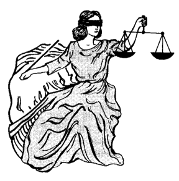 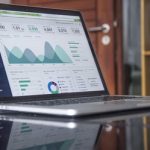 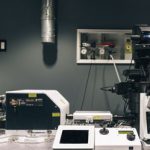