What is an archaeologist?

What makes a good archaeologist?

How do I become an archaeologist?

The Archaeological Institute of America

The Society for American Archaeology

What is an archaeologist?

An archaeologist is someone who has an unquenchable curiosity about past cultures and people: how they lived, what they ate, how they were organized socially and politically, what they made, and where they lived. Archaeologists are members of the larger field of anthropology, but unlike most anthropologists, archaeologists are concerned about past behaviors and lifeways. Like detectives, archaeologists piece together past lifeways by examining the evidence left behind in the ground, on the ground, in dry caves, and under the ocean. This evidence includes pottery, stone tools, the ruins of ancient buildings and ships, animal bones, trash, old garden plots, plant remains and pollen, and even the land form on which the ancient ruins are found.

In order to answer questions as simple as, “Where did the clay used to make this pot come from?” or as complicated as, “What caused empires to arise in Peru and Mexico, but not in North America?”, archaeologists collaborate with a number of other scientists including geologists, chemists, geomorphologists, architects, linguists, historians, biologists, and other specialists.

What makes a good archaeologist?

A good archaeologist must be someone who is willing to be patient, exacting, attentive to detail, a good and thorough researcher, a good writer, a good public speaker, a good analyst, and a good synthesizer. Also important is the ability to work as a team member since many archaeologists collaborate with other specialists. A tolerance for rugged living and working conditions is necessary because most archaeological field work is often conducted in remote areas. The weather can be hot and humid, cold and wet, dry and hot; the terrain can be rugged or flat, and the vegetation dense as the jungle or sparse as the desert. Insects, plants, and animals can be trying and vicious in all of these environments.

Most importantly, to be a good archaeologist, as with any career, you must be enthusiastic about your chosen career and be able to communicate your enthusiasm and love for your work to others. 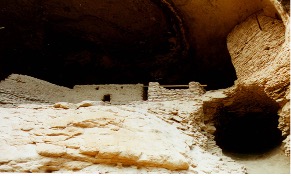 Exciting. Yes, there can be periods of boredom or tedium as you face the never-ending analysis of ceramic. There can also be periods of frustration when all your data appears to conflict. However, the joy of solving the puzzle, putting the last piece in place, or finishing the ceramic analysis is immense. There is also the excitement of meeting new people, going to new places, and participating in exciting, groundbreaking research.

As an archaeologist, you have a variety of job possibilities including museum director, museum curator, professor, contract archaeologist, or owner of your own contract firm. A typical day can vary depending on the job you take, but there are many similarities. A university professor may spend the day lecturing, analyzing chipped stone or ceramics in the lab, attending meetings, supervising students, writing up the results of field work, or excavating a site. A museum director could spend the day doing similar things as the professor or have a public speaking engagement, develop new exhibits, or curate an exhibit (select the objects for display). A person working for a contract firm could spend the day writing up a report, analyzing artifacts in the lab, excavating a site or walking 10 to 15 miles as part of field survey crew locating archaeological sites. As the owner of a contract firm, you could spend the day acquiring contracts, writing grants, and making the payroll.

How do I become an archaeologist?

First, you need to decide what type of job you might be interested in doing. In archaeology, the more education you have, the more responsibility and the higher-paying the job. For instance, if you have a bachelor’s degree from a college in anthropology/archaeology, you can usually work as part of a field crew or lab crew surveying, excavating, and sorting. However, with just a bachelor’s degree you may not find yourself in charge of running the field crew, writing reports, or directing the analysis. With more education and experience, at the master’s level (graduate school), you will be writing reports and directing the field crew or the lab work. You can also become a museum curator or teach archaeology as part of the curriculum at the primary and secondary school levels. To actually write the grant, develop the research design, and become a university professor or museum director, you should have a doctorate (Ph.D.) in anthropology.

So, what do you take in school? It depends on what you want to do in archaeology. Start off in high school by taking as many courses as possible in math, science, computers, English, literature, and writing. Learning a second language such as Spanish is also helpful.

In college focus on gaining a broad understanding of the entire field of anthropology. All archaeologists obtain their degrees in anthropology in the U.S. so archaeologists are essentially cultural anthropologists. If you have decided not to go to graduate school, be sure to take 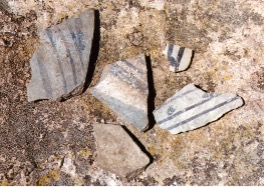 There are private and nonprofit contract archaeology firms. There are university, college, and junior college academic positions. There are research positions at universities, colleges, museums, private foundations, and firms. There are a number of state and federal agencies that hire archaeologists to do environmental impact studies and archaeological assessments before authorizing building, logging, mining, or otherwise disturbing an area. These agencies include city governments, the Bureau of Land Management, the Army Corps of Engineers, the United States Forest Service, the National Park Service, state monuments, state land offices, and fish and wildlife departments. 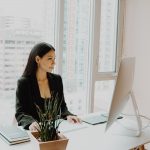 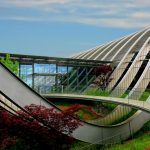